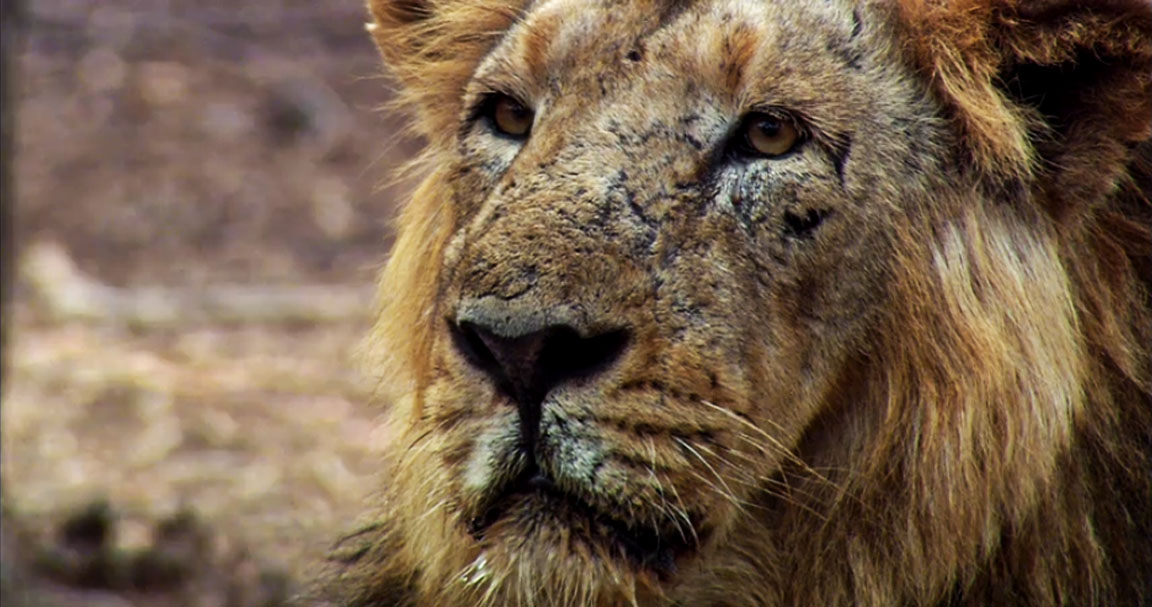 India’s foremost wildlife cameraman- director S.Nallamuthu has been filming tigers in Ranthambore for the past ten years.

Spread over 1412 square kilometres in the western Indian state of Gujarat is Gir – the last bastion of the Asiatic Lion. These lions once ranged from the Mediterranean to the north-eastern parts of the Indian subcontinent. But today, they are a geographically isolated species, separated from their African counterparts 100,000 years ago.For almost a century now, conservation efforts have increased the population of the Asiatic Lion from a mere dozen to 411. Despite inbreeding, their population has been thriving in this wondrous mix of deciduous and thorn forests. But the Gir forests now face the problem of plenty! With over 400+ lions in the core area, Gir National Park has reached its carrying capacity. Cramped for space

and food in a shrinking habitat, the lions are wandering into surrounding human territory.

Out of their natural habitats, the lions are facing unfamiliar challenges – speeding trains, recklessly driven trolleys and intolerant human inhabitants. But the abundance of easy domestic prey has resulted in the lazy animals sharing space with humans, their new way of living. But as their numbers grow further; frequent turf wars have pushed these animals further out into unusual territory – the coasts!

The lions have crossed their natural corridor in Khambha area and made the coastal villages along the Amreli district, home. The film ‘Coastal Lions’ explores the unusual, unseen shift in habitat of Asia’s last lions. The change in natural behaviour and habits that are helping the King of the Jungle survive in the industrialised, saline coastline of Rajula and Jafrabad talukas.

The film showcases the never seen before of magnificent lions strolling on the beach.

Lions are the most social of all big cats, hunting and living in pride. The film explores how individuals are breaking the social pattern and surviving alone along the coasts. It profiles the lives of these ‘coastal lions’ – their eating, hunting and mating behaviour and patterns. And draws contrasts with a pride of lions inside the core area in the Gir Forest.‘Costal Lions’ is a one of a kind film, shot in 4k resolution, it profiles the never seen before beach

lions of India. It explores the causes and challenges of their migration from the forests and the

changes in behaviour and habits that have made this shift a possibility. The film can also be seen from the perspective of the lions or the humans who surround them.

And even up to 300 kilometers to the coastline in the Amreli district. These lions have come out from their natural corridor in Khambha area and made the coastal areas home.