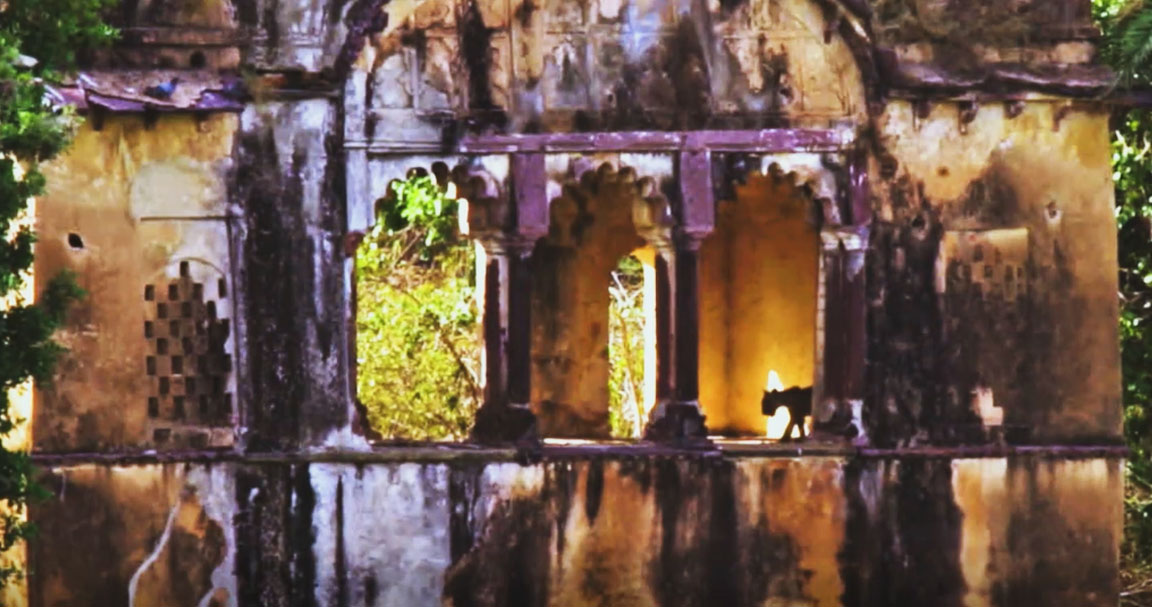 India’s foremost wildlife cameraman- director S.Nallamuthu has been filming tigers in Ranthambore for the past ten years.

Machli, the celebrated tigress of Ranthambore, ousted her mother after a fierce battle for territory. The outhouse palace became her citadel. She has ruled it unchallenged for an extraordinary eleven long years.But the mighty queen is aging. Her three daughters from the last litter are on the cusp of adulthood. The youngest, named Sundari, is a mirror image of her mother. She has inherited her mother’s good looks,aggression and lust for power. Now, on the verge of independence, Sundari wants her mother’s citadel for herself. Like a wily general she begins methodically, first attacking the weakest link, her timid sister Baghani, followed by her second sister Krishna. Thoroughly shaken, the sisters leave the main lake area.Now only her aging mother stands between her and her desire for the throne. Machli gives in after a token fight. She knows that her reign over the fort is over. She is no match for her emerging powerful

daughter. The celebrated matriarch is homeless overnight.The Lake territory has a proud new tiger queen. Her mother ruled over it for eleven years and raised nine cubs. Sundari looks every bit as strong as her mother. Her sisters will not challenge Sundari for the throne. Krishna has settled in an adjacent territory. But Baghani is translocated to another Park when

she fails to establish her home range.The dominant tiger sharing Sundari’s territory is a hulking 500 pound male called Star. Male tigers occupy three times the area of a female tiger. He has ‘exclusive’ rights to mate with the females in the shared territories. By default, Star is a mate of both Sundari and Krishna.Krishna quickly bears her first litter. But even after a year, Star and Sundari’s union is yet to produce cubs. In a risky move, Sundari steps out on Star to mate with a new male from another area. If her union bear’s fruit, she will have to abdicate her kingdom and find a place to raise her cubs under the protection of her new mate.Her swollen teats reveal a successful pregnancy. Sundari leaves her hard fought for territory without a backward glance towards the hills, which is the home range of her new partner. The tiger queen who sacrificed her mother for the fort territory gives it all up to become a mother herself.The fort is without a queen for the first time.Krishna, Sundari’s defeated sister, senses the vacuum and quickly moves into sister’s territory. She has a family of three juvenile tigers who need to be fed every third day. The fort territory gives her enough opportunities to make successful kills.

Machli’s second daughter now occupies the throne. Her aging mother Machli is finding it increasingly difficult to hunt successfully. In a heartbreaking fight with her son from another litter, Machli loses the carcass she has been feeding on to her belligerent son. Machli is struggling to find a safe haven. She finally drifts to the fringes of the forest close to human settlement.

Sundari is fighting her own battles. Her old mate Star seeks her out, stepping into his rival’s territory and injuring Sundari in a vicious fight. Limping and vulnerable, Sundari is desperate to shift her cubs to a safer location, far away from her ex-mate. This takes her to the Park’s edge, adjoining a mining field.This is considered a human-tiger conflict zone. But Sundari does not know that. Within a few months of moving there, Sundari is found to be missing. Extensive search reveals that she has been killed by the mining mafia but since her body was never found, the official records show that Sundari is ‘missing’.Machli’s promising young daughter is dead, her young cubs are orphaned.Krishna has taken over as the undisputed queen of the lake-fort area with her mate Star. She gives birth to a second litter and raises her cubs, one male and two females in this tiger paradise. Yet Krishna is not ambitious like her mother or sister Sundari. Her cubs, now sub-adults, are asserting their independence.Their play fights are turning deadly. The two daughters are intent on fighting each other and their mother for this prime territory. Krishna disciplines them and shows them who is boss. Immediately afterwards, Krishna surprises them by sharing moments of tenderness. Then inexplicably, Krishna walks

away from the territory giving up the throne to her two daughters.The battle for the crown begins in earnest. Two tigresses cannot occupy the same territory. There can never be two tiger queens.The two sisters are named Lightening and Arrowhead by the locals. They have been rivals from an unusually young age. Lightning had constantly bullied her sister Arrowhead. Intimidated by her sister, Arrowhead became her mother’s shadow. Krishna stepped in to discipline her aggressive daughter Lightning, and encouraged the weaker, more timid Arrowhead, till she could stand up to her dominant sister.Several skirmishes follow their mother’s departure. The two sisters have turned deadly rivals for the coveted fort territory. Occupying this tiger paradise will mean plentiful prey and safe sanctuary for their

future cubs. Arrowhead’s tenaciousness wears down her sister Lightning till she gives up her claim to the throne, making Arrowhead the new queen of the Ranthambhore lake area.

The lake territory has never failed a tiger mother. It has provided a safe and plentiful prey to her growing family.